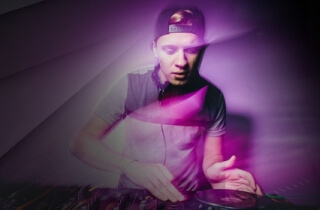 Having started his Drum & Bass career in the summer of 2010 under the name ‘Electronic Star’ Aleksey decided on the name TOBAX later that year. His music favours the harder side of DnB whilst also incorporating aspects of atmospheric backdrops in his music.

2011 is where Tobax career began to gain serious momentum as he started publishing his music by working with a number of smaller labels. In May of the same year TOBAX took to the stage in St Petersburg playing at ‘Griboedov’ where his mix was also featured on the radio and in 2013 TOBAX released successful tracks under Fokuz and Citrus Recordings.

TOBAX is a DJ and Producer who pushes boundaries and in 2016 he teamed up with Prague based UK artist LifeSize MC to release ‘Extaziest/Golem’. Also collaborations with Disprove, Malux, Current Value.

With bookings already coming in and new releases being finalised, 2017 looks to be another exciting year for this young heavyweight producer from Russia who gains support from the likes of prolific artists such as Phace and Current Value.