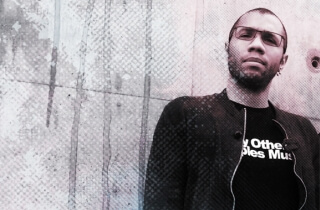 BTK's music has found homes far and wide, with international releases on a wide range of the industry's leading labels. His music has appeared on Renegade Hardware, Shogun Audio, Playaz, Dispatch and V Records, to name only a few. This range of imprints easily shows the range and dynamism of his work, and an innate ability to appeal to a variety of audiences. Never treading the same ground twice, his prolific production skills have meant that he has been constantly in demand the world over. But his shining achievements have been with two other labels, for which he is arguably best known.

His own label, Dutty Audio, has shot BTK straight into the drum & bass stratosphere. Universally respected for its selection policies, the label has seen releases from both BTK himself and a carefully curated range of artists, all of which appeal to BTK's sense of what is right, and what will work for the label. Dutty has issued music from such luminaries as Cern, Level 2, Ink, Neve and more, as well as the man himself, and has always prided itself on its commitment to quality, musicality and pure power. In addition, his work on the iconic Virus Recordings has ranged from his debut LP (in collaboration with Optiv) in 2012, to the brand new Blackjack LP, which is set to create new ground in the ever-expanding d&b universe, of which Optiv and BTK sit at the very pinnacle. The new album contains some of BTK's biggest and best work to date and is sure to delight fans new and old. But it's not just behind the boards that BTK excels; it is also behind the decks.

He has played at some of the biggest events on the planet, not only in his native Brazil and his adopted Europe, but North America, Australia, you name it, BTK has played it. He brings an energy and passion to his shows, consistently giving the crowd what it wants, and more. BTK has worked with the leading names in the drum & bass world. He's shown his knowledge of, and dedication to, the scene. His future is bright, with the new LP already gathering buzz ahead of its release. No matter what you are looking for, BTK always delivers, bringing his unique sound to the masses.