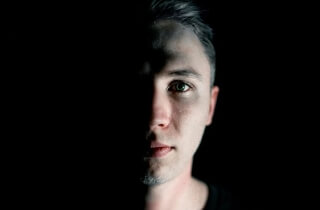 Despite his “Generation Z” alias, he ain't got no plan in an actual deceleration. Since his first releases in 2019 at INVASION Recordings, T3K Recordings and WATCHOUT Music, he has formed his own heavy-deep, modern and futuristic sound-signature inspired by men like IMANU, ABIS or Synergy… sleepnet...

Although the 2020 didn't actually happen, Lukáš worked on his sound technique and made himself known out loud. Teaming forces with UK based FRESHNEY, their collaboration FALL, released on Czech label SINFUL MAZE, made it on BLACKOUT Music YouTube channel as one of the last non-Blackout-releases. After this deed he followed with three noteworthy free downloads - self-released UNTIL MIDNIGHT, Screamarts - GET PHYSICAL remix and MICRODOSE released once again in Czechia ending this challenging year.

January 2021, his strong UNIVERSE EP released on Lyon-based, french-forward label IMPACT Music, landed with the great reppercution bringing the promises of the better days. Two months later, himself and Bristol dude YAANO demonstrate their techniques via HERE WITH ME collaboration, which was the part of THE VALUA EP (VA) released once again at SINFUL MAZE.

His dark side led him to the clutches of Darkshire Collective, there is no way out.