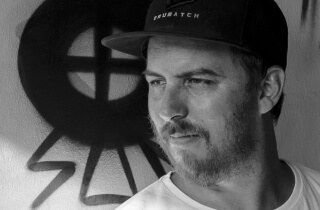 Having discovered his passion in the late 90s, The Clamps honed his craft in different pieces of sonic artwork, from Hard Techno to Drum & Bass. Whether it was Nuskool Break of Progressive Trance, the producer was able to turn his hand to a wide variety of genres, proving his technical ability. It soon became apparent that he was built for the 174bpm world, which he brought into his own, creating a venomous crossover of every cut he’d worked over until that point.

The Clamps started his ascension through the French label Kosen Production and an everlasting friendship with them gave birth to many of the producer’s greatest releases, both as solo EPs and collaboration with Redject or NickBee.

In 2015, his meeting with Prolix turned into one of the most exciting signing of the year, he then delivered three blasting EPs including a collaboration with legendary singer Tasha Baxter on Trendkill Records that still gets played in many sets. Nothing seems to be able to stop him since and his appearances on Eatbrain, Blackout, Titan, Invisible, Impact Music, Addictive Behaviour are regularly reaching the tops of store charts. He’s managing in the meantime to also become a rising talent of the Industrial Hardcore scene, acclaimed by the established Karnage, Heresy and PRSPCT labels.

Finding his energy in its industrial sounds, his inspirations become apparent through his destructive sets, he’s now showcasing his DJ skills through all Europe and beyond. Be ready to reach future frontiers with The Clamps.